Where To Buy Josh Owens Moonshine 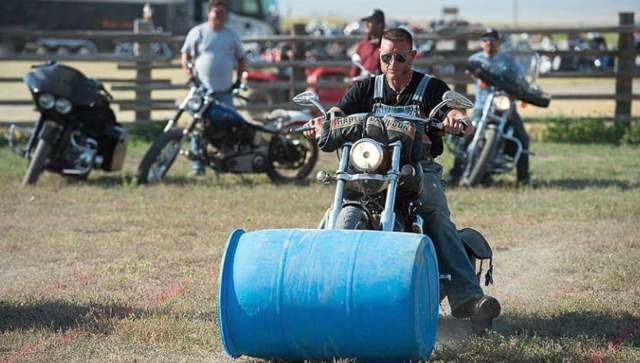 A big concert in Pavilion on Park Square opens the festival on Friday night at 7 PM. On Saturday 10 AM-7 PM, find art and crafts, live music, and a big variety of food – along with samples from local distilleries. 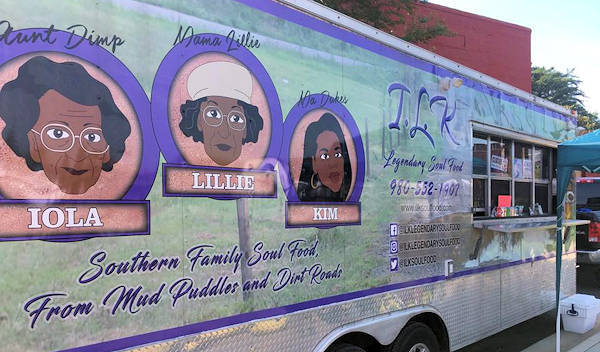 The festival is held at the beautiful, new Forest City Pavilion on Park Square (153 Park Square, Forest City) – complete with many food trucks.

Pick up a Cherry Bounce Festival Brochure at the festival that features a map of the Cherry Bounce Trail, a 46-mile scenic drive with natural beauty, historic sites and memories of Amos Owens. 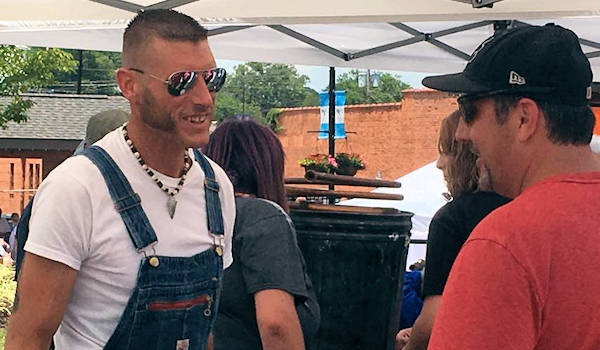 Amos Owens, an energetic Irishman, was known in the mid to late 1800s as the “Cherry Bounce King”. His Cherry Bounce moonshine was a combination of corn-based whiskey, honey, and local cherries from nearby Cherry Mountain.

He began distilling well before the Civil War in the era of tax-free spirits. After serving two periods of enlistment during the war, he returned home to begin distilling again. During the war, a heavy tax was imposed on spirits.

Owens opposed the taxes on alcohol and believed he owed nothing to the government. Often arrested for his production and distribution of his Cherry Bounce, Owens frequently had to pay fines and spend time in jail.

Today his story lives on in his descendant, Josh Owens (pic above), star of Discovery Channel's “Moonshiners”. Meet him at the festival!

While you are in Forest City, stop by the Rutherford County Farmers Market Saturday morning or bike/walk the 13.5-mile Thermal Belt Rail Trail.

Nearby is the Bennett Classics Antique Auto Museum with an impressive collection to see.

About 14 miles west is the Tryon International Equestrian Center with free Saturday Night Lights to end the day. See our Forest City Guide for more things to do.

10 Things You Didn’t Know about Josh Owens from Moonshiners

What do you know about the star of Moonshiners, Josh Owens? Many fans of the show, which airs on the Discovery Channel, have expressed a desire to learn more about him. His charming and humble personality has made him a definite fan favorite on the show, so if you are one of those individuals who longs for more information, here are 10 things about him that you probably don’t already know.

For years, he’s been on the back of a motorcycle. As a matter of fact, he says he can scarcely remember a time when he wasn’t riding or thinking about riding. Over the years, he’s twice been named a champion and has won a number of races in both Superbike and Motocross competitions.

2. He has a daughter who he dearly loves

He doesn’t say much about his personal life and there’s certainly nothing wrong with that. He simply prefers to keep things private. However, it is well known that he has a daughter and he dotes on her constantly. She is the very light of his life and he’s not the least bit afraid to show it. He routinely spends time not only with her, but with her friends as well.

3. He works tirelessly to help causes that are geared toward children

He has a real soft spot not only for his own children, but for those he has never met. You can typically find him working on some type of charity that’s geared toward children, whether that’s helping sick kids or helping children who are in poverty.

4. He was the victim of an accident with a grinding wheel a couple of years ago

If you watch the show, you have probably noticed that he’s missing an index finger. That’s because a couple of years ago, he was doing some work with a grinding wheel and that wheel suddenly exploded without any warning whatsoever. It cost him the majority of that finger, but surprisingly, he didn’t have any other serious injuries.

5. More recently, he had a trailer catch fire on an Interstate highway in Iowa

Moonshiners is an American docudrama television series on the Discovery Channel produced by Magilla Entertainment that dramatizes the life of people who produce (illegal) moonshine in the Appalachian Mountains of Kentucky, North Carolina, South Carolina, Tennessee, and Virginia. The series dramatizes their liquor production efforts, law-evading techniques and life.[1]
There have been claims by local officials that the show is not what it portrays itself to be. Virginia authorities have stated that no illegal liquor is actually being produced by the people depicted in the show. The Virginia Department of Alcoholic Beverage Control (ABC) said in March 2012 that, “If illegal activity was actually taking place, the Virginia ABC Bureau of Law Enforcement would have taken action.”[2] They also said that they had requested for the producers to add a disclaimer to clarify that the show was only a dramatization, “but the request was overlooked”,[2] and the show's producers, Magilla Entertainment, have stated their documentary content is real.[3]

Portions of the show that feature Marvin “Popcorn” Sutton were taken from a documentary film by Neal Hutcheson. Hutcheson's documentary was filmed in 2002 and released the same year with the title This is the Last Dam Run of Likker I'll Ever Make.

[4] In 2008, a version of the documentary that was edited for television was broadcast on PBS[citation needed] and the Documentary Channel[5] with the title The Last One, and it received a Southeast Emmy Award in 2009.

[6] Sutton was arrested in 2007 by ATF agents in Cocke County, Tennessee (led by Jim Cavanaugh of Waco siege fame) for illegally distilling liquor and possession of a handgun by a felon, and was sentenced to eighteen months in jail in 2009.

He subsequently died by suicide, apparently to avoid serving the federal prison term, and because he had been diagnosed with cancer.[7]

Key:   indicates a season in which a person appeared

In May 2013, it was announced that, in addition to renewing Moonshiners for a third season, Discovery Channel would be purchasing a spinoff about Steven Ray Tickle, to be called Tickle.[12] The series premiered on August 13, 2013.[13]

The spinoff sprouted from a Moonshiners season seven special titled Whiskey Business, in which Tim Smith travels to help out struggling Missouri Ridge Distillery and keep them in business.

The special proved successful and four more episodes were made to air at the end of Moonshiners' season 8. The spin-off started airing March 13, 2019.[14]

The theme song for the show is Steve Earle's “Copperhead Road”. The intro montage introduces the cast members, and also shows some of the difficulties they face while making the moonshine.
Since season 5, the theme song has been Bleeding Fingers' “Livin' Outside the Law”.[16] 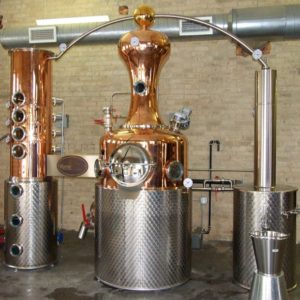